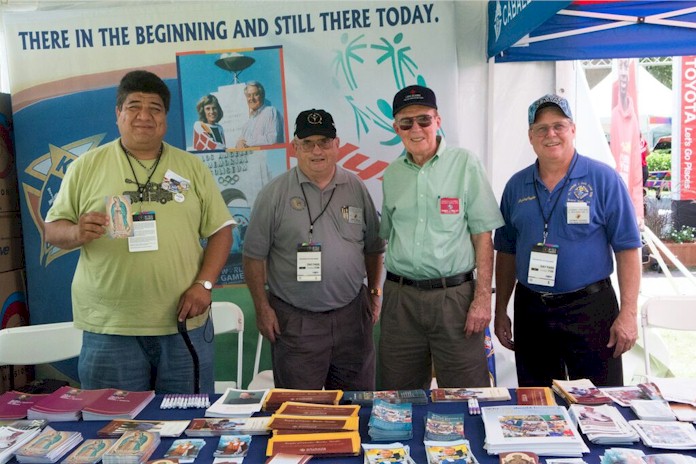 Knights booth at the World Games in Los Angeles.

The Knights of Columbus provided a donation to cover the costs of athletes from the United States and Canada during their time in Los Angeles as they participate in next year’s Special Olympics World Games.  This $1.4 million sponsorship will cover the costs of food, transportation and entertainment for every athlete from the two countries during their time in Los Angeles.

“The Knights of Columbus were there with Special Olympics and its founder, Eunice Kennedy Shriver, from the very beginning,” said Supreme Knight Anderson. “Sargent Shriver, Eunice’s husband, was a friend and a proud member of the Knights of Columbus, and like him, we are here today to continue those efforts on behalf of people with intellectual disabilities. Our support exemplifies our commitment to the dignity of every person, our dedication to assisting with our neighbors’ needs whatever they may be, and our deep appreciation for the great work done by Special Olympics.”

In a 1986 letter, Eunice Kennedy Shriver reflected on the Knights’ long involvement, observing, “When a great organization like the Knights of Columbus decides to support Special Olympics, I know that God is looking after his children.”